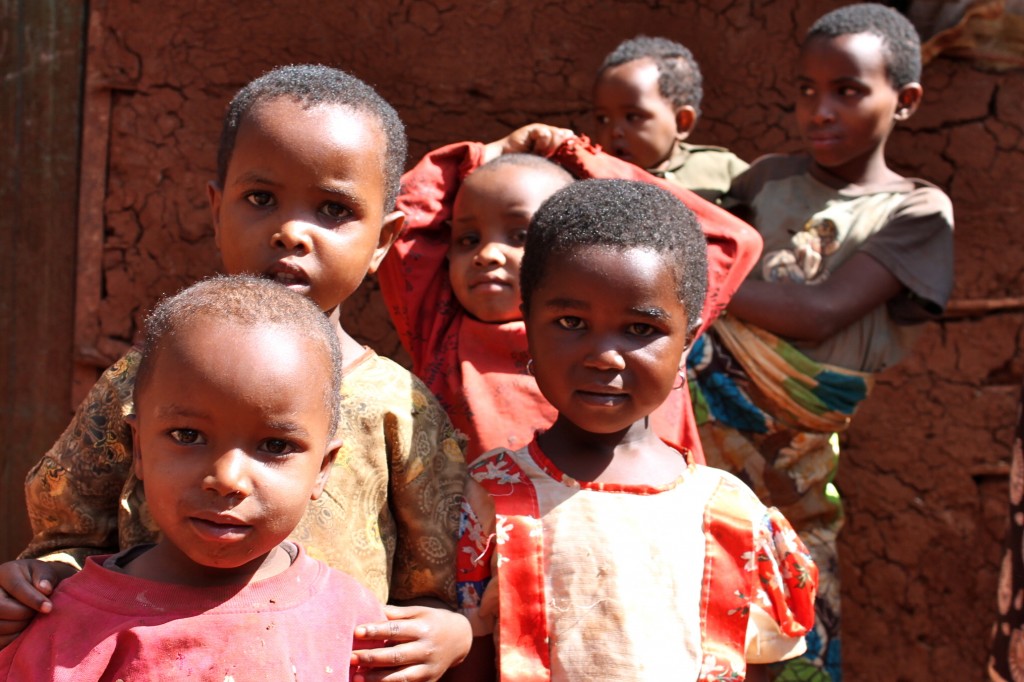 I was fortunate enough to have spent two weeks in Tanzania recently. It’s a peaceful eastern African country that has been spared much of the political strife and warfare that has afflicted it’s neighbors of Rwanda and Uganda. The picture above is of some children we visited who lived on a farm. In fact, most of Tanzania’s population are rural and the majority are subsistence farmers. It’s poor. Dirt poor. But, despite it’s poverty it’s very rich in culture and natural beauty. We were there to go on a safari and also take in some of the cultural aspects of life in Tanzania. It was the trip of a lifetime.

One doesn’t expect much in terms of commerce when you visit a country like Tanzania, but I was surprised to learn a few things about marketing and perhaps it’s future. Sometimes you find inspiration in places you’re not even looking. Here are three marketing lessons I learned in Africa that sharpened my view regarding what’s important in life and business:

You don’t hear people in Tanzania talking about building the next facebook nor are there a bunch of venture capital funded start-ups with products that have no customers because they’ll figure out how to monetize it later. No, the types of products and technology solutions you see are those that are solving real world problems. Most Africans have limited capital, limited access to materials, and limited access to education so they have to be very resourceful and creative. Developing environmentally friendly products and sustainable industrial practices are not just out of concern for the environment it’s because they don’t have many resources to begin with. They make do with what they have and come up with cheap, creative solutions to fulfill basic needs.

For example, there are a number of people walking around wearing sandals made from old tires. I’m not talking “50% of the materials in this sandal are from recycled tires”, no, I’m saying these sandals are cut from tires, have tread on the soles, and a piece of rubber to loop your toes through. There’s no industrial processing of the tires to turn them into sandals, they’re simply shaped and formed as ancestors would have done from animal hide and rope.

Another interesting example is the natural gas system used by an orphanage we visited. Since there are no natural gas lines that reached the area, the orphanage built concrete tanks for capturing the dung from livestock so it could be burned and the gas captured which in turn would be used to fuel the ovens and heaters. The best products that can have an impact around the world will be those that solve real world problems in a sustainable way.

2. Trust is the universal foundation of any business relationship.

Establishing and building trust is not necessarily a new marketing lesson I learned in Africa, but it’s importance as the fundamental foundation of forming relationships was really driven home when doing business in Tanzania. Africa is notorious for being the source of internet scams (E.g. Emails requesting assistance with transferring thousands of dollars from a Nigerian bank account in return for a cut of the money), so I was a bit intimidated when it came to booking things online with safari operators and hotels who had no secure eCommerce abilities. A lot of the reservations and confirmations were simply done via email and sometimes required a money transfer.

I did my research as best possible to verify the credibility of the organizations but ultimately it came down to the rapport I built up through email exchanges to determine if I trusted them. On their side they also had to put trust in me that I would actually show up when I said I would and pay for the service they arranged.  Thankfully, my research and rapport building resulted in connecting with reputable organizations. The organizations I chose, coincidentally, also had decent websites with useful information and listings on travel review websites such as TripAdvisor. Having a good website presence and online resources are essential in establishing trust with prospective customers regardless of where in the world they’re from. Good relationships in business and life are always built on trust and credibility.

3. Mobile phones are how the majority of the world will access the web.

Although I was just in Tanzania you can use it as a proxy for many developing nations and what was extremely evident is the penetration of mobile phones. We were invited into the home of the children pictured above, and when I say “home” I mean a one room shack made of mud and sticks with a thatch roof. Inside was an open fire used for cooking, a bench for sleeping, and a pen for the small animals (chickens and goats). It housed a family of seven.

As we sat in the smoke-filled dark and watched the mother of the household cook porridge over a fire we noticed that the only possessions in the home were some utensils and a mobile phone.  This family barely had clothes on their backs and enough food to eat but they had a mobile phone and it was their main connection to the outside world. Mobile phones and data are extremely cheap in Tanzania and therefore very accessible to the population. Landlines are hard to come by in rural areas so they have simply leap-frogged this stage of development by going straight to wireless communications.

Mobile phones for them are used for such things as banking, checking crop prices, and, of course, making calls. The telephone companies have become the new banks because they allow people to store credit in their accounts that they can then transfer between each other or pay for other goods. I would even go as far as to say that Tanzania is more advanced with their use of mobile technology than we are in North America. The future of reaching global customers will be through mobile phones.

I hope you enjoyed reading about my African experiences and the marketing lessons I learned. I didn’t got to Africa to think about “work” since it was primarily for the purpose of adventure and vacation, but traveling always has a way of opening your mind and making you receptive to new things. I’m not overly religious but I always remind myself of a quote from St. Augustine who once said “The world is a book and those who do not travel read only one page.”